Suffering an injury at work can have a profound impact on your life. Depending on the type of injury or illness you sustain, you may be eligible for compensation. Due to the complexities of making a claim, you may feel overwhelmed which is why we have an expert Comcare team to assist you right from the beginning.

“Comcare” is the commonly used name used to refer to the workers’ compensation scheme for Commonwealth and ACT government employees.

If you have suffered a work related injury or illness as an employee in a Commonwealth Government agency, statutory authority, or a corporation granted licence to self-insure (Telstra, Australia Post, NAB, CBA to name a few); you may be entitled under the Comcare scheme for what has happened.

The Comcare scheme is “no fault” which means that you may be eligible to make a claim, without having to prove who is at fault. 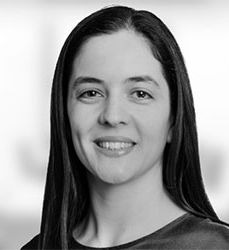 Our offer to you

No Win No Fee arrangement

Who is covered under the Comcare scheme?
What is covered by Comcare?
What must be proven when making a Comcare claim?
What does it cost to make a Comcare claim?
Are there time limits?
Dispute process
How long does a Comcare claim take?
Can I challenge Comcare’s decision to stop my payments?
Can Comcare compensation be claimed if someone dies?
Why Shine?
What is Seacare?
How can I find out more about Shine Lawyers?

If required, we gather more details or documents later in the process.
0/1000
We're available to talk