Following the political unrest in the Crimea region, the European Aviation Safety Agency (EASA) published a Safety Information Bulletin (EASA SIB No: 2014-10) warning the aviation world about a potential serious risk to air safety which may result from two sovereign states trying to control the same area of airspace.  The Bulletin’s release on 3 April 2014 follows a series of notices to airmen (NOTAMs) published by the Russian Federation modifying the Simferopol FIR which previously came under the control of Ukraine.  The Russian Federation used the NOTAMs to announce its intent to provide air traffic services for this FIR.  Simferopol FIR bridges Eastern Europe and Western Asia.

The result of the uncertainty over this region is that both Ukraine and Russia may be handling air traffic services for aircraft transiting this airspace at any one time.  If they are not talking to each other there is a real possibility of aircraft intersecting with catastrophic consequences.  EASA describes this as a “serious risk to the safety of international civil flights”.  Accordingly, EASA’s Bulletin advises airlines to avoid the airspace of the Simferopol FIR and circumnavigate it.

This state of affairs, like the imposition of the Chinese ADIZ in late 2013, highlights a crucial inter-relationship between political demarcations and airspace boundaries.  In short it signifies that fact that international air transport can suffer from the implications of territorial sovereignty disputes.  When there is concern over territorial boundary control, the same concerns mar the airspace above.

Shine Lawyers monitors the imposition of regional air safety bulletins and similar controls, as part of its broader engagement with public international air law, that law being the foundational basis on which all international civil air transport can function worldwide.

Image below sourced and credited to The European Organisation for the Safety of Air Navigation (EUROCONTROL). 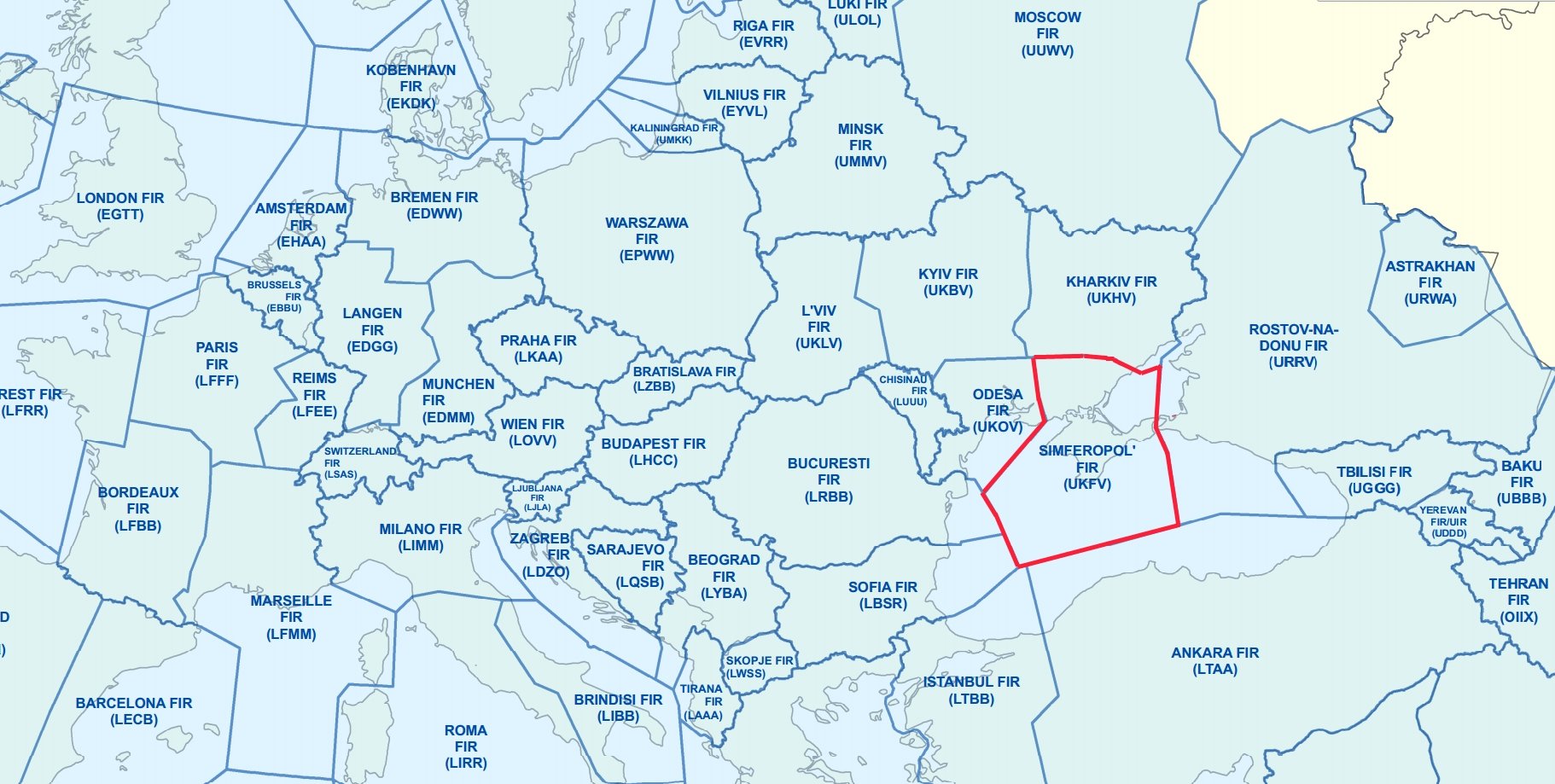 What to do if you're injured abroad