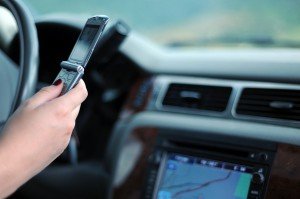 The annual economic cost of road crashes in Australia is enormous. It is estimated that it costs Australians $27 billion per annum. However, the social impacts are more devastating.

According to the Department of Infrastructure and Regional Development (DIRD), since record keeping commenced in 1925, there have been over 180,000 deaths on Australia’s roads.

Despite these astonishing facts, and the millions of dollars in fines levied, motorists continue to drive dangerously.

Inconsistencies in how unwelcome driver behaviour is managed may be contributing to the problem. Road users in some parts of the country face fines more than five times the size elsewhere - for the same offence. Some infringements that carry three-figure penalties in Australia are not even against the law in other comparable parts of the world. For example:

Motorist groups are calling for uniformity across the country.

Currently the federal government is responsible for allocating infrastructure resources and safety for the national highways and local road networks. Meanwhile the state and territory governments are responsible for funding, planning, designing, and regulating and enforcing road user behaviour.

So what are the main fines motorists are being busted with?

Avoiding the fines with these simple ways.

Don’t speed, use your phone or drink and drive. However, there are other ways to look at not breaking road rules. Leave early to avoid rushing and speeding to get somewhere on time, think of breaking road rules as spending money, organise a designated driver or have the party at your house and offer places for your mates to stay.