Home > Blog > Motor Vehicle Law > Did you know? 10 things that are illegal when driving in Australia

Did you know? 10 things that are illegal when driving in Australia

Most of us do our best to follow the rules of the road. We know we need to strap on our seatbelts, stop at red lights, avoid speeding, and stay off our mobile phones. But there’s more to the road rules than the obvious. In fact, there’s a long list of surprising laws many of us probably haven't considered – and often, they differ from state to state.

If you think the police won’t bother enforcing them, think again. In 2014, a Brisbane motorcyclist was fined $146 for stretching his leg out while riding along the Logan motorway. Police charged him with “failing to keep both feet on the footrest”. In the same year, another Brisbane resident was charged $44 for leaving his car parked with his window down a few centimetres on a hot summer’s day.

So what should you do to avoid a financial hit? Here are 10 unexpected illegal activities to keep in mind:

1 – Throwing apple cores and banana peels out of the car window Sure, they’re biodegradable, but you can still be fined for littering. In Queensland, the crime of “dropping injurious matter on a road” can cost you $353 and two demerit points.

2 – Improper use of a horn Some motorists only seem to use their horns improperly. But honking goodbye to your family as you drive off after dinner or beeping at the car who just cut you off is actually illegal. Officially, you’re only supposed to use your horn if you’re warning other road users (or animals) of your approach.

3 – Driving at night when the light on your registration plate isn't working Australian law states that rego plates need to be visible 24/7, so check your light before setting off at night.

4 – Having people or animals on your lap Children must be seated in proper child restraints. Pets need to be next to the driver or on the car floor. 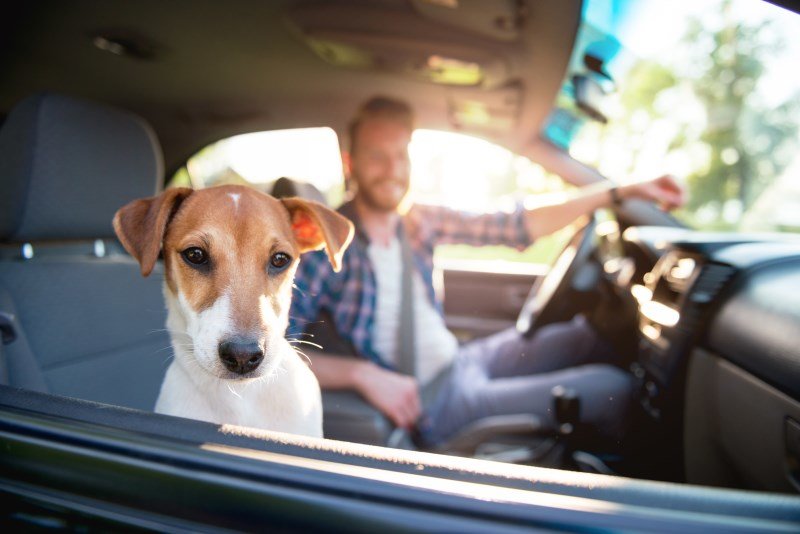 5 – Leaving your fog lights on Fog lights, both front and rear, should only be used in rain or fog, or when your vision is impaired by smoke and dust. Once you can see clearly, they need to be off or you could cop a fine.

7 – Driving with an unregistered trailer This one can cost you up to $637, so don't forget to register your trailer!

9 – Not winding up your windows In Queensland, if you’re more than five metres away from your car, your windows need to be up with a gap no greater than 5cm.

10 – Not giving way to horses It’s actually illegal not to give way to a hard-to-control horse, or a horse that refuses to move.

If a rider raises a hand and points to his or her horse, you must steer the car as far to the left as possible, turn off the engine and wait until the horse is far enough away that you’re in no danger of startling it.

So don’t horse around.