Shine Lawyers is pursuing justice for property owners in Wodonga whose land has been contaminated by PFAS chemicals used by the Bandiana Military Area.

The class action alleges that the Department of Defence negligently allowed these toxic chemicals to escape from the Bandiana Military Area, and contaminate local environments. These contaminants have negatively impacted properties, land values and the livelihoods of the Wodonga community.

Shine Lawyers has filed a class action to seek compensation for Wodonga property owners who have suffered loss in their property value due to contamination caused by the Bandiana Military Area.

The ADF finalised a detailed site investigation report of the Bandiana Military Area in September 2018, with results detecting PFAS in surface water and ground water on-base. A number of potential PFAS source areas were identified on-base, including the Former Fire Fighting Ground and the current Fire Station, with levels of PFAS detected in ground water and surface water being above guidance values. The report also identified other potential sources of PFAS contamination, which included the Albury Airport and the Wodonga Fire Station. 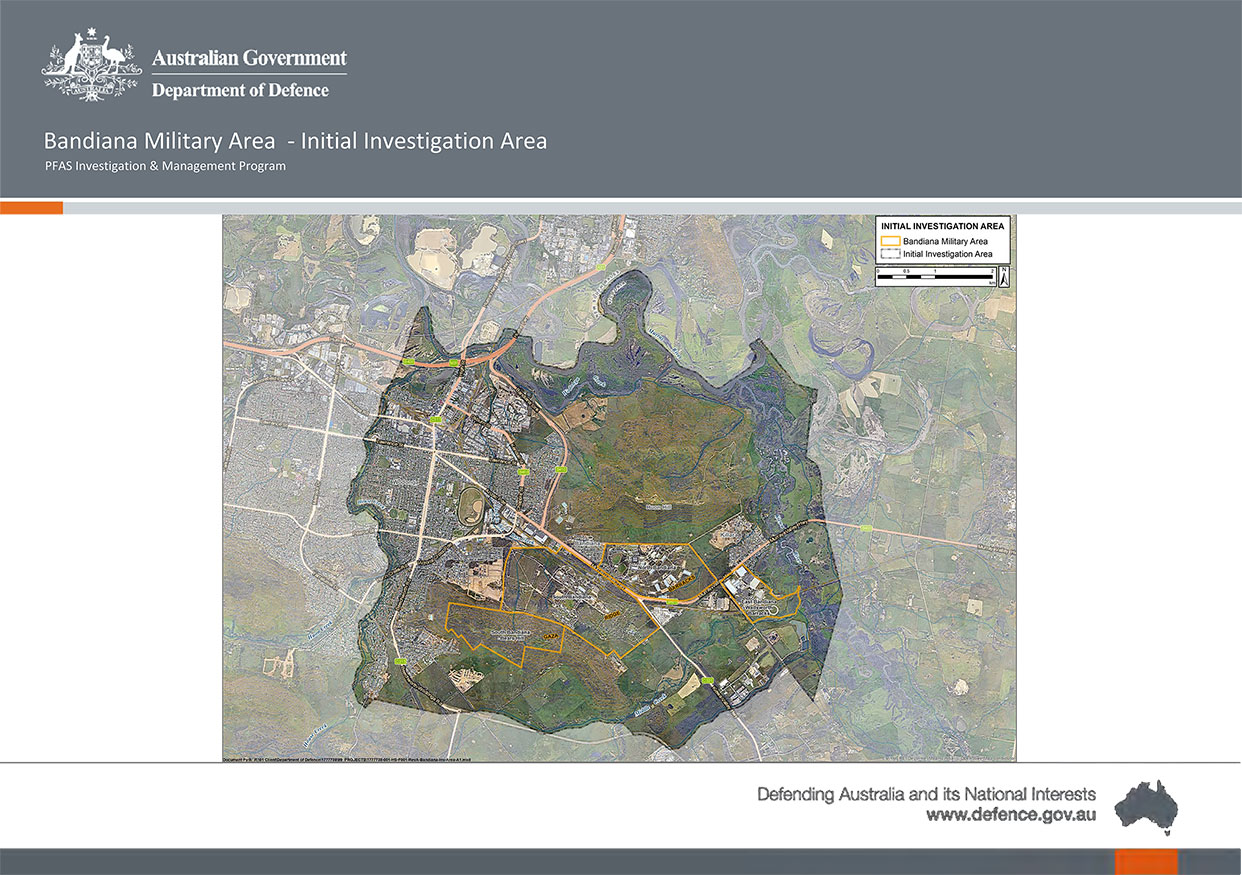 The Wodonga PFAS Contamination Class Action does not include personal injury claims for exposure to the PFAS contamination. The adverse health effects of exposure to PFAS chemicals, and the viability of a class action will continue to be investigated. Class actions such as this have been run in other countries around the world for both defence force personnel and communities.

How to register for the Wodonga PFAS Contamination Class Action

If your property is located in the Wodonga contamination investigation area, and was owned by you on 1st October 2016, you are encouraged to register for this class action so that you may seek the compensation you are entitled to.

To register for the Wodonga PFAS Contamination Class Action, you have two options:

The registration form will load in a new window and will take no more than 5 minutes. Please ensure pop-ups are not blocked.
If you have any questions or require any assistance in registering for the class action, please contact our Wodonga PFAS Contamination Class Action team on 1800 066 173.

If you have any questions or require any assistance in registering for the class action, please contact our Wodonga PFAS Contamination Class Action team on 1800 066 173.

If the Class Action is successful and a judgment of damages is awarded to the people of Wodonga, the costs and fees paid by LCM, to bring the proceedings to a successful outcome, will be deducted from the amount of damages received from the Commonwealth. The final legal costs will depend on the amount of work, and time, required to resolve the claim.

The Wodonga PFAS Contamination Class Action is seeking damages for property owners for economic loss. This includes the diminution in value to their property.