Home > Blog > Preventative Law > Drunk drivers: what to do if you spot one on the roads

Drunk drivers: what to do if you spot one on the roads

Even though there are very serious consequences when it comes to being caught drink driving in Australia, it still happens every day.

We have all heard the safety warnings that drinking impacts your ability to drive safely but what abilities does it actually impact?

Even a few alcoholic drinks will impact driving skills and increase chances of an accident. The higher the blood alcohol content (BAC) of the driver, the greater the impact on their ability behind the wheel. DrinkWise advises Australians that there is no absolute safe level of alcohol consumption for competent driving.

It is scary to think that everyday people are consuming more than the legal limit of alcohol and then getting behind the wheel of their car. Potentially putting themselves, other drivers and pedestrians in danger. 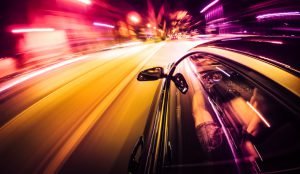 How to spot a drunk driver?

To protect yourself and your passengers it is important to be able to spot a drink driver on the road so they can be avoided. The behaviours of a driver under the influence have been commonly identified as;

What to do next

It seems to be a common question that people ask – what should I do if I witness a suspected driver under the influence?

Step 1 – If it is safe to do so, take note of the registration plate as well as the colour, make and model of the car. Ask a passenger to take the notes if you’re not driving alone.

Step 2 – Avoid the driver. Slow down or pull over and wait a few minutes if you have to. Do not try and overtake the driver as they could swerve into your vehicle.

Step 3 – Pull over and call 000. As you are witnessing a crime taking place, it is considered an emergency and the police need to know about it.