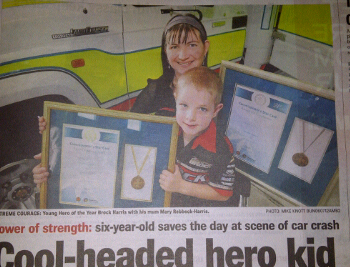 The time was 7:05pm. The date, The 19th September 2011. I still remember every detail vividly…from the clothes I was wearing, the heat on my skin and then the violent screech on McIlwraith Road that would ultimately change my life.

I drove down a small hill near Sondergelds Road. As I drove towards the intersection, I was in both the fastest and slowest ride of my life. My two young sons sat in the back seat of our wagon when a vehicle veered onto our side of the road. There was nowhere to go. No turn I could take. Nothing I could do but drive forward to an accident I hoped wouldn’t kill me.

A 4 Wheel-Drive came at full speed, hitting us head on.

In agony and unaware, I knew little of my fate…only that I was in excruciating pain.

My son, Brock, just 6 at the time, reached for my handbag. Getting his little brother Tory out of the back seat. I thanked God they were ok. He handed me my phone, knowing we were in trouble. Knowing we needed an ambulance.

I called my husband first. Graham still calls it the most terrifying 37 seconds of his life. He knew everything and nothing all at once. I called 000 informing them of my accident and before I knew it, I was rushed to Bundaberg Hospital.

It would be days before I knew how long recovery would take and five years on, I’m sad to say I’m still on that journey.

To date, I have had 18 surgeries and counting after having injured my left shin, smashing my left foot, dislocating my left ankle, breaking my femurs, cracking my hips, enduring ligament damage to my right thumb, surviving a blood clot on my lung, having pins inserted through my bone marrow and having screws keep my knees and hips in place. It’s safe to say I’ve been through the hurt-locker.

I came to Shine Lawyers after the accident as a broken woman with a shattered dream of becoming a truck driver. If that pain wasn’t enough, I’m now seen as a risk to employers. Not only were my hopes for employment robbed of me, my chance of making a living to support my family was taken from under my feet.

This is why I’m joining Shine Lawyers in supporting Road Safety Awareness Week. It’s not an initiative to wave a flag for seven days, it’s a campaign worth committing to for life. My boys had a spritely 34-year-old mother who could take on the world. Now, they have a mother whose world in many ways, has been overtaken by pain and the worst part is that all of this suffering was preventable. That’s the message I want to drive home today.

It did for me and mine. 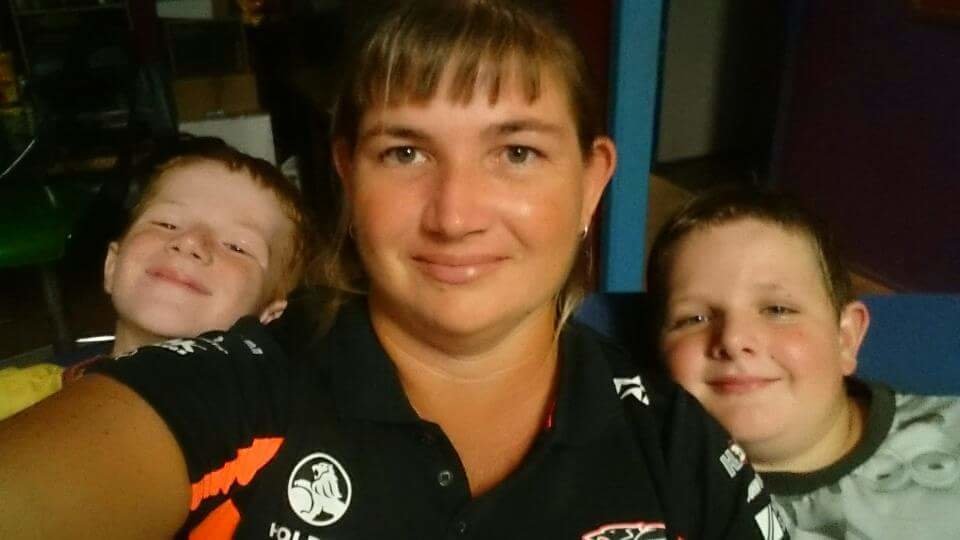