What to do in a road rage incident

What to do in a road rage incident

As roads get busier, our anger on the road only increases. A recent GIO survey found that 88% of respondents claimed to have been a victim of road rage.

Certain capital cities are worse than others. In Brisbane, 95% of motorists have been a road rage victim. Adelaide and Perth followed closely at 90%, Melbourne at 87% and Sydney at 84%.

Road rage can appear in several different forms. The following is a list of the types of road rage you may experience in order of frequency.

Surveys have even found that the colour of your car or the type of car you drive can make you more likely to be a road rage offender. Blue cars, followed by black, silver and green were more likely to start road rage. While, the top 5 car brands include: Quick stats: 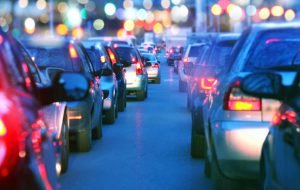 So why do we experience road rage? It is often the case that those who are easily angered will be more likely to commit road rage. However, those who aren’t usually angry in life can be angry on the road. Some have put this down to people feeling safe and powerful in a car, like holding a weapon.

The best way to stay safe from road rage is to stay calm and be polite of the road. Here are our top tips! If someone is abusing you, the best response is to distance yourself and avoid eye-contact. If the aggressor follows you, do not drive home. Simply drive to a mall, hospital, police station or any public place.