How do Perth’s young drivers measure up?

The study found that Western Australian drivers are above the national average of 31% when it comes to relying on energy drinks, No Doz or prescription drugs to help them stay awake. In fact, 34% of young Western Australian drivers aged 18 to 34 admitted to it. Energy drinks are the most popular with 25% relying on these while driving. In 2015, 16 fatalities were cause by fatigue.

Of the same age group, 36% continue to use their mobile phones while driving without Bluetooth or hands free. These drivers are using their phone to take and make calls (33%), manage maps or GPS (32%), respond and send texts (22%) and manage their music (19%). In 2015, 13 fatalities were cause by inattention-related crashes caused by activities mentioned above. 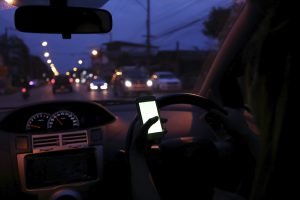 The State Government has announced that it will be allocating $145.7million to road safety for 2016-2017. This will be allocated as follows: To find out more about road safety upgrades and how to be safer on the road visit the Road Safety Commission WA website, https://rsc.wa.gov.au/.