Rex was born in Queensland in 2006 by an emergency caesarean section in a rural state hospital. Due to complications during his birth he was born with a severe acquired brain injury resulting in cerebral palsy.

In some cases of Cerebral Palsy there is no way to avoid it but for Rex's mother this wasn’t the case. He would have had a better chance of being born without his brain injury had he been delivered the previous evening after his mother attended the Queensland hospital showing signs of severe pre-eclampsia, a dangerous condition that effects the mother and her baby.

Rex's parents were filled with joy at the birth of their son but also very apprehensive and concerned as their financial situation would be stretched to cover the recommend therapy.

After bringing forward a claim to Shine Lawyers the medical negligence team travelled to Rex's small town to visit him at school and in his home so they could get a better perspective of the everyday struggles in his life. It was this attention to detail that allowed the team handling the claim to find every foreseeable expense for Rex and his family. It was the little things that made all the difference in the settlement outcome.

The family will use the money to move closer to a city so they can assess the support and treatment needed for Rex to he needs to live a full and happy life. 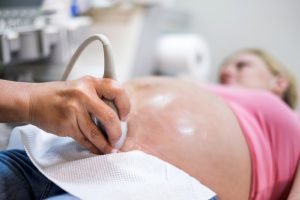 What is Cerebral Palsy?

Cerebral Palsy is a term that refers to a group of disorders, different from person to person, that affects their ability to move. This is due to brain damage before birth, during birth or in some cases shortly afterwards.

The Cerebral Palsy Alliance says the disability can affect body movement, muscle control, coordination, posture and balance. Unfortunately the effects of Cerebral Palsy can improve or worsen over time depending on how the patient responds to the therapy, surgery or pharmaceuticals but ultimately the damage to the brain is irreversible.

The effects can be as mild as just a small weakness in one hand, ranging to almost complete lack of movement. Seizures and impairments to speech, vision, hearing, and/or intellect can be common. Those living with cerebral palsy require lifetime care and ongoing medical treatments.

Cerebral Palsy due to medical negligence

Unfortunately in Australia, there are cases of cerebral palsy that could have been avoided and are due to a medical oversight or medical negligence.

While every case of cerebral palsy is different, it is important to remember that any medical advice or action that has resulted in a child being born with this disabling condition may be considered negligent. Medical negligence for cerebral palsy can occur before the delivery, during the delivery and in post care of a baby.

What is medical negligence?

Medical negligence, also known as medical malpractice or health law, covers injuries that occur as a direct result of a medical facility or health professional.

Medication errors: why they happen and what you can do