Lynda was a client of our Head Trauma Division who unknowingly suffered a mild traumatic brain injury in what she thought was a relatively minor car accident. The Head Trauma Division helped Lynda meet with brain injury experts who would explain her symptoms, bringing her much needed relief. It was our privilege to represent Lynda and ultimately secure her a settlement that would allow her access to the medical and financial support she needed in order to manage her condition. We are honoured to share her story with you.

Lynda was on her way to work one morning. She was driving at a relatively low speed, when she was t-boned by a vehicle attempting to do a U-turn and the air bags deployed. Lynda didn’t hit her head, nor was she knocked out, but she felt dazed and confused. Despite the low speed, she was still thrown around. She walked through the motions required of individuals after an accident and, like muscle memory, she continued on to work. But she didn’t feel like herself.

Initially, Lynda thought it was just the shock of the car accident that was causing her to feel confused, dizzy, tired and nauseous. She had a ringing in her ears and her neck and back felt sore to touch. She started slurring her speech and her colleagues told her to take the day off and see her doctor.

Months went by, but Lynda did not get better. In fact, she noticed that she was having difficulties at work and at home. She desperately wanted to get better so she investigated her symptoms by seeing a number of different allied health providers and medical professionals but no one could really give her any answers.

Since the accident, Lynda was experiencing multiple problems that can be linked to the mild traumatic brain injury definition. 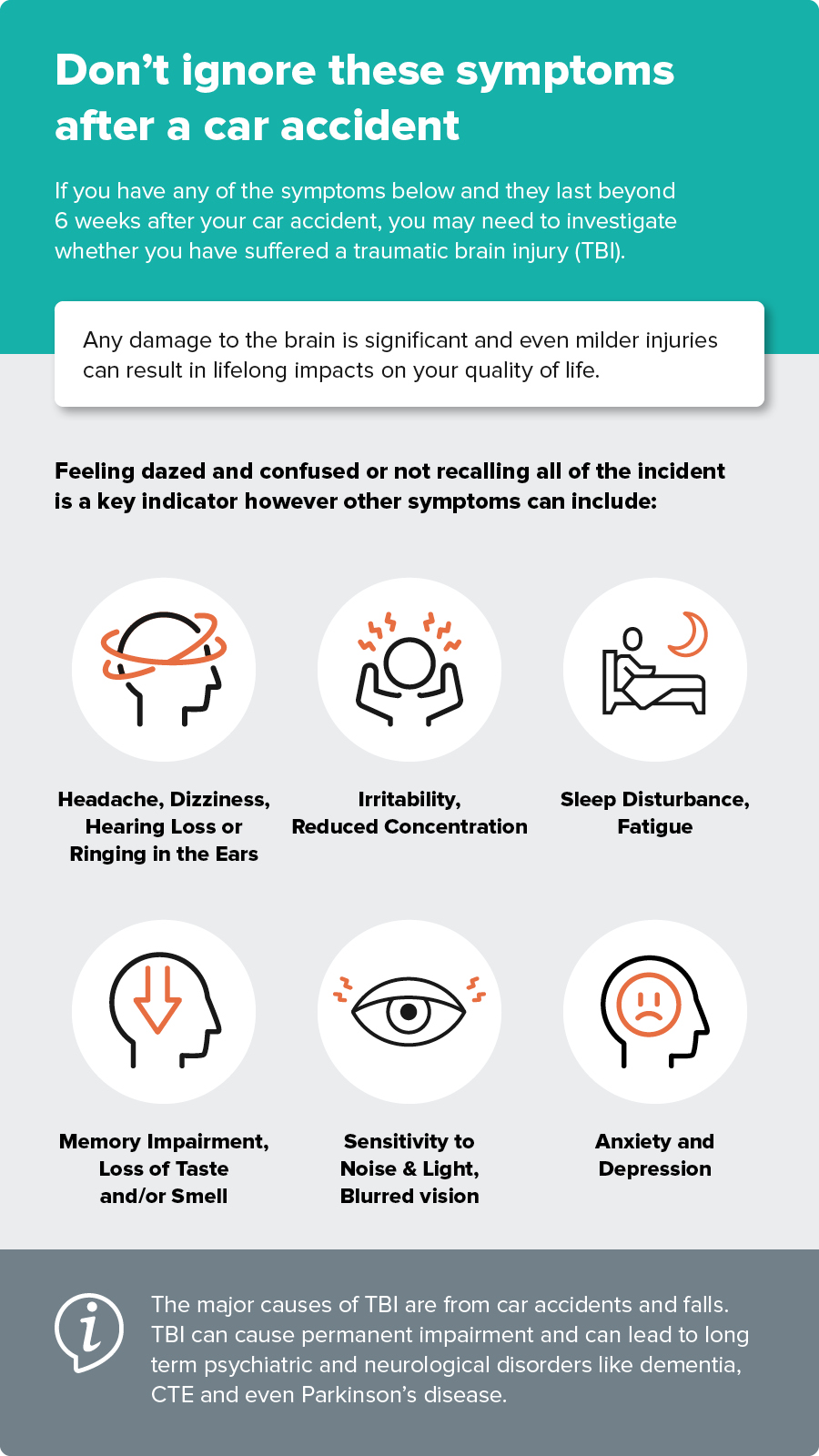 She spoke to a lawyer who told her that, despite these symptoms, there was nothing they could do and under the law she wouldn’t be entitled to substantial compensation. Knowing that this car accident had changed her life, she was determined to get a second opinion.

Feeling anxious, stressed and unheard, Lynda contacted the Head Trauma Division at Shine Lawyers. She explained that all the experts she had spoken to already hadn’t believed her and because people weren’t able to see her injuries they had started to become impatient and doubt the validity of her symptoms.

How did a mild traumatic brain injury impact Lynda’s life?

From this traumatic event, Lynda’s life was changed forever, but no one was able to give her any answers as to why. It was at this point that Lynda needed help gaining some control over her life again.

We were able to obtain supportive evidence to explain why Lynda now needed support at home and why she was limited to only being able to work part time because of her symptoms. We were able to connect her with treatment providers, as well as negotiate a significant and meaningful settlement for Lynda. This meant she didn’t have to force herself to keep working, even when it was making her symptoms worse.

The Head Trauma Division is passionate and driven in fighting hard for our clients and doing everything in their power to deliver the best possible outcome for the client’s future.

We are the only legal team in Australia which practises exclusively in brain injury and head trauma claims. Our longstanding, collective experience practising in this complex area of law means we are best placed to secure our clients the outcome they deserve.

We are committed to supporting our clients holistically from diagnosis to treatment to finally accessing the compensation they deserve. If you or a loved one is considering making a brain injury claim, contact us today as strict legal time limits apply.

To arrange an obligation-free chat with a member of our brain injury team, contact us.