Luigi’s WorkCover insurer terminated his support just when he needed it the most. But what they didn’t realise was that he was a fighter and nothing would deter him from living the best life possible. This is his story of work safety compensation and triumph in the face of adversity.

No such thing as can’t

The word “can’t” doesn’t seem to be in Luigi’s vocabulary. Despite having lost his right hand decades ago in a workplace accident, he still maintained his house and garden. His garden, which he called a “paradise” drew the envy of his neighbours with its buds of lavender. It was also his favourite place to spend with his children and grandchildren.

Luigi had been working as a cleaner and maintenance worker for more than a decade when he suffered another workplace injury. Upon trying to lift a heavy wheelie bin with his good hand, he ruptured his bicep. His arm was affected by tendon and rotator cuff tendonitis. Struggling to take care of himself, Luigi relied on his WorkCover insurer’s household assistance. Then one day, Luigi’s insurer terminated his support without warning. Without this assistance Luigi could no longer keep up with his personal and household care needs. His home and garden fell into a state of disarray and he stopped wanting his family to visit. 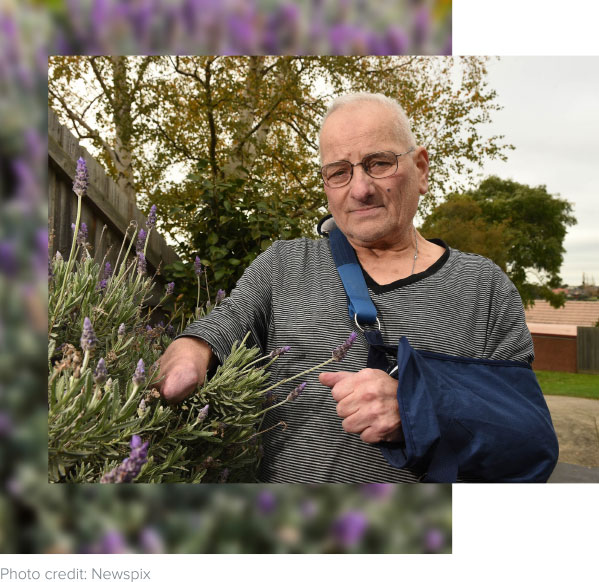 His spirit couldn’t be broken

Following his daughter’s advice, Luigi called upon Shine Lawyers for help. Luigi and Shine Lawyers worked together to have Luigi’s support entitlements reinstated. Luigi’s spirit couldn’t be broken. He was going to get back on his feet no matter what.

Shine made the argument to Luigi’s insurer that since he had been injured in the course of his employment, he was entitled to household assistance through WorkCover. Shine and Luigi pressured the insurer to reverse their decision and reinstate his income support. With his support back, Luigi found freedom and independence again. The household and personal care assistance helped him to get his life and home back in order so that his garden paradise could bloom again.

Shine Lawyers: Get in Touch

Luigi’s story is just one client story of many that shows how Shine Lawyers can help you when the going gets tough. Shine has lawyers that are experts in worker’s compensation. We can fight for your rights and even help you make a claim on a No Win No Fee basis. To get started contact https://www.shine.com.au/service/workers-compensation.