17 of the people injured in 2015 were tram passengers and 30 were outside a tram, with the majority of these injuries being caused by a collision.

There were 149 serious injuries involving trams reported between 2011 and 2015.

The number of serious injuries to passengers has remained much the same over this period with 17-21 injuries recorded each year. However in 2012, there was a significant drop in passenger injuries with just 9 reported during the year. 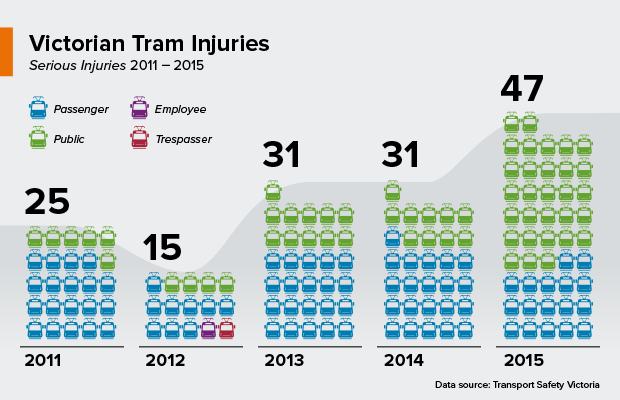