Recidivism is the act of repeating an undesirable behaviour after experiencing negative consequences from that behaviour in the past. For example, in the criminal justice system, we may look at recidivism as the rate at which those re-offend after spending time in prison or being arrested.

The infographic below highlights some of the issues present in the Australian justice system, whereby a surprising proportion of those arrested and imprisoned have been so before. 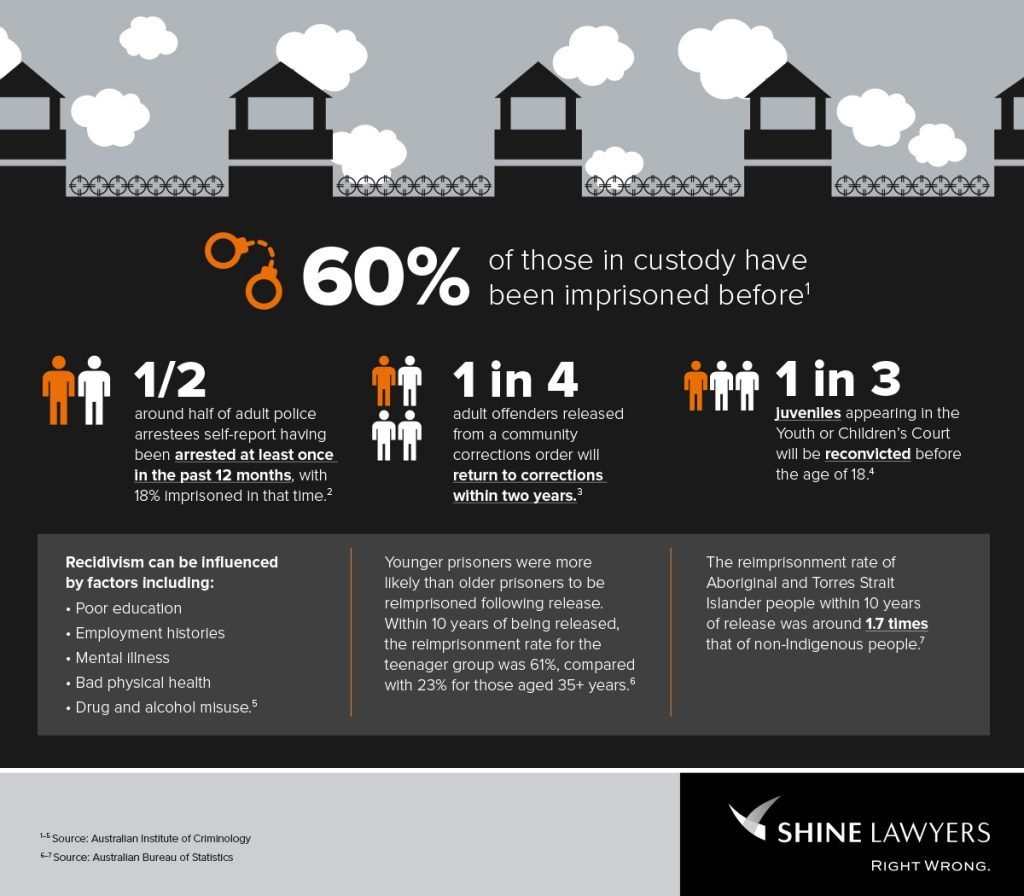 Does this represent a failure of the justice system? Or is this a symptom of wider issues in Australia? Leading criminal justice organisation, Smart Justice, says that harsher sentencing is certainly not the way to change this. Instead, introducing methods of sentencing that address the cause of the crime and providing intensive support for prisoners will reduce rates of reoffending in the long run.

Ultimately, the effects of recidivism are felt most sharply in the community, with victims of crimes and their families experiencing injury, loss and even death when recently released offenders and parolees re-offend.

Shine Lawyers represents individuals who have been injured or lost loved ones as a result of correction system failures that allowed offenders at high risk of recidivism to be released into the community. Our legal team is working to drive accountability and change within the parole system and to ensure the adequate management of parole breaches. These actions aim to shine a light on deficiencies in the corrections system and inspire reform that prevents further parolee crimes in our community.

Why Taking A Break At Work Is So Important