What to do When You Suspect the Doctor Has it Wrong

Poor Medical Advice: What to do When You Suspect the Doctor Has it Wrong

If you have health concerns, making a GP’s appointment is the best course of action. But even doctors sometimes make mistakes, and you can’t afford to gamble with your health. If you don’t trust the medical advice your doctor is giving you, here’s what you can do.

Quite simply, misdiagnosis means an incorrect diagnosis. There are several reasons why this can happen, such as:

How Common is Misdiagnosis?

Misdiagnosis is more common than it may appear. In an article published in The Conversation in 2013, Professor Mark Graber said there were around 140,000 estimated diagnostic errors per year. In 2013, ABC News reported that according to some estimates, as many as 18,000 people were affected by a medical error. In 2015, an article in the Sydney Morning Herald claimed that hospitals in developed countries accidentally killed hundreds of thousands of patients each year. 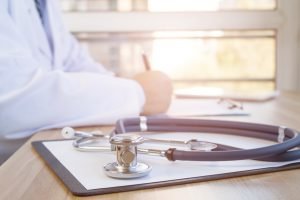 Most of the time, doctors know what they’re talking about. They have the extensive education and training to back it up. But if you don’t trust your doctor’s advice then, first of all, ask questions. Find out the reasons for their recommendations. If you still think your doctor is wrong, that’s when it’s time to seek a second opinion.

To reduce the likelihood of an incorrect diagnosis, make sure you give your doctor as much information regarding your medical history as possible. Listen to your doctor’s advice, take notes or request it in writing if that helps.

If you’re seeing a specialist whose advice you don’t trust, you can ask your doctor to refer you to a different one.

Finding a Doctor You Can Trust

Ask around. Get recommendations. Check out their history and credentials. And although it’s a useful tool in many ways, don’t self-diagnose with Google.

If you feel that you’ve been hurt by medical negligence, you may be able to claim compensation. Shine Lawyers has a medical negligence and medical malpractice legal service that operates on a “no win no fee” basis.