Personal injury claims in most states in Australia must generally commence within three years from the date the injury was sustained. Until a few years ago, these general statutory time limits applied to victims of childhood sexual abuse. This is despite the fact that it takes survivors of childhood sexual abuse an average of 20 years to be able to process what has happened to them and speak up about the abuse that occurred. These statutory time limits meant that survivors had to bring about action within the set time or be deemed ‘out of time’, forced to abandon civil action or apply to the court for an extension of the allowable time period.

Thankfully, due to recommendations made by the Royal Commission into Institutional Responses to Child Sex Abuse to abolish time limitations, changes have been made across the country. While all states and territories have removed time limits for child sex abuse cases, some states have extended this to other forms of abuse as well. Below, we outline the reforms that have taken place to-date: 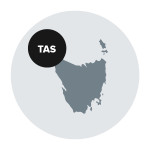 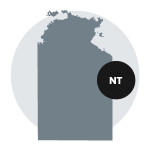 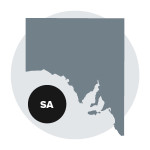 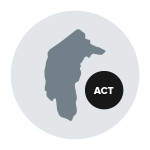 The Victorian Attorney General, Mr Pakula, said the following when introducing the laws:

"The trauma of child abuse can prevent victims from seeking immediate redress for the suffering they have caused, so our laws need to account for this – not penalise people for it … This is about giving victims greater access to justice, allowing their suffering to be rightfully acknowledged and holding those to blame to account for the harm they've caused."

On 14 June 2019, the State Attorney General, Jill Hennessy, announced that the government will allow survivors of abuse who have previously signed deeds of release to take legal action if the settlement was unjust and unreasonable. To date, this legislation on the back of this announcement has not yet been enacted.

The NSW State Attorney General at the time, Gabrielle Upton, was vocal in her support for removing time limits as a barrier that existed for victims of childhood sexual abuse.

"There should be no use-by date for justice for survivors of child abuse. We know there is more to do, and the NSW government will release a consultation paper in the coming months in relation to the royal commission's other civil litigation recommendations".

In 2018, the Western Australian government lifted time limitations laws that applied to victims of child sexual abuse. The legislation that supports victims who were sexually abused as children, is not confined to institutional abuse and opens up the possibility of overturning past judgments and settlements. The legislation also allows survivors to make an application to set aside previous deeds of release.

However, the Western Australian laws are more restrictive than those enacted in other states. The legislation excludes physical, psychological or emotional abuse. Survivors of this type of trauma do not have access to the same level of civil justice as victims of sexual abuse.

In 2018, the Queensland government also amended their time limitation to come in line with the other states and also allow survivors to make an application to set aside previous deeds of release.

The Queensland government has extended the definition of child abuse to include both physical and sexual abuse.

In 2018, South Australia was one of the last states to enact legislation to remove time limits. In South Australia, time limitations were removed on all forms of child sexual, physical and mental abuse.

Shine Lawyers has a team of carefully selected abuse law experts who have over 90 years of collective experience helping survivors to access the justice, acknowledgement and compensation they deserve. If you or a loved one has suffered abuse, our team may be able to help. Contact us today to schedule a confidential and no-obligation consultation to discuss your options.