Judgement delivered in favour of the plaintiffs

On 13 September 2021, his Honour Justice Bradley delivered his judgment in the hearing of the class action against the Redland City Council (the Council) in favour of the plaintiffs.

This judgment relates to all the registered owners of rateable land, including building units, in the Redland City local government area who paid the:

The judgment does not relate to any person who opted out of the proceedings.

In his judgment, his Honour found that:

The Council now have 28 days to appeal his Honour’s decision. An appeal may be made on the basis that his Honour failed to properly interpret the law or otherwise failed to consider the correct law.

About the Redland Ratepayer Class Action

Redland City Council (RCC) advised in March 2017 that the canal maintenance levy it imposed on ratepayers in Redland was potentially contrary to the requirements of the Local Government Act.

The proceedings are being funded by Augusta Ventures Limited.

How to register for the Redland Ratepayer Class Action

To be eligible to join the class action, you must have lived in the Redland local government area and been subject to a special levy in relation to canal/waterways maintenance including marina special charges in the period from 2011 to 2017.

If you believe you are eligible to participate in this class action register now and we will investigate a claim on your behalf.

Please note that the eligibility criteria for the class action may be amended as proceedings progress. We'll keep you informed if anything changes. 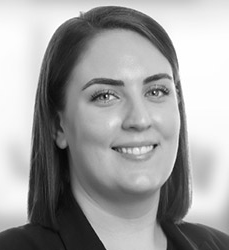 The class action is against the Redland City Council.

What is the claim for?

The class action is being brought on behalf of ratepayers for the invalidly charged amounts paid for the canal maintenance levy.

What is a Class Action?

Sometimes a wrongdoing can affect more than one person. A class action is a legal case filed by a person, known as the Applicant, on behalf of themselves and a group of people, known as Members, suffering from the same wrongdoing.Class actions are either “funded” or “unfunded”.

If a Class Action is funded, what does that mean?

If the claim is unsuccessful, claimants will not have to pay anything.

If the claim is successful, the funder receives a commercial return on its investment and the lawyers are paid the balance of their fees out of the settlement funds, before distribution to the claimants.

The Court has to approve any settlement reached before it is binding. The Court itself determines whether a settlement is a fair and reasonable compromise of the claims of the class members. It will also consider the legal costs, the terms of the funding arrangement and the overall outcome. The Court can decide to alter any of those arrangements.

Am I eligible to participate in the Class Action?

At present, to be eligible to participate in the Class Action, your property must be located in the Redland City Council region, and you must have paid a canal maintenance levy at any point between 2011 and 2017. It may be that the eligibility criteria for the Class Action will change, depending on legal advice. If the criteria changes, we will let you know.

What are the next steps?

Shine Lawyers will continue to investigate the Class Action against the Redland City Council. If you are interested in participating in this potential Class Action, please register your interest with Shine Lawyers on the page above.