Shine Lawyers has launched a class action on behalf of McDonald’s employees who were not given a paid 10 minute rest break when working a shift of four hours or more.

What is the McDonald’s Breaks Class Action about?

Under the McDonald’s Australia Enterprise Agreement 2013 (EBA) and the Fast Food Industry Award 2010 (Award), McDonald’s and its franchisees operating McDonald’s restaurants across Australia, are required to provide McDonald’s workers a paid 10 minute break for shifts between four and nine hours, and two 10 minute paid breaks for shifts longer than 9 hours.

Shine Lawyers, with the support of Retail and Fast Food Workers Union (RAFFWU) has filed a class action on behalf of McDonald’s employees who were not given a paid 10 minute break when working a shift of four hours or more. The class action alleges McDonald’s operated a system of work which operated to deny workers their right to paid breaks in breach of the EBA and the Award.

This class action follows a judgment delivered in the case of Retail and Fast Food Workers’ Union Incorporated v Tantex Holdings Pty Ltd on 31 August 2020. In that case, the Federal Court found that a McDonald’s franchisee misrepresented to its employees that they were entitled to a paid 10 minute rest break only when working shifts of more than four hours (rather than shifts or four hours or more), and also breached the McDonald’s Australia Enterprise Agreement 2013 by failing to provide the applicant, a McDonald’s worker, paid breaks for shifts of four or more hours. The judgment makes it clear that in addition to paid rest breaks, McDonald’s workers are also entitled to drink water or use the toilet outside of their scheduled breaks.

Shine Lawyers is grateful to have the support of the Retail and Fast Food Workers Union (RAFFWU) in this class action. 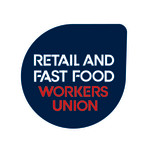 Can I join the McDonald’s Breaks Class Action?

To be a part of this class action you must:

Be a current or former McDonald’s employee who has worked shifts of four hours or more:

If you answered yes to the above, you may be entitled to compensation, and you are encouraged to register for the McDonald’s Breaks Class Action.

How to express your interest in the McDonald's Breaks Class Action

To express your interest in the McDonald’s Breaks Class Action on a confidential, no-obligation basis, please click the ‘Register Now’ button where you’ll receive further information about the Class Action, including:

Registering your expression of interest is not a commitment to participate in funded litigation, nor is it an application to become a Class Member or member of the Scheme.

If you have any questions or issues expressing interest in the class action, please contact:

Will McDonald’s find out if I have registered for the class action?

No. You have no obligation to tell McDonald’s that you have registered for this class action. We wish to assure you that any information shared with Shine Lawyers will remain strictly private and confidential.