Home > Blog > Transport and Travel Law > Opinion piece: Travel Insurance - A blessing, a burden or both?

Opinion piece: Travel Insurance - A blessing, a burden or both?

News on Mal Bruce's recent skiing accident and treatment while overseas may have come as a surprise for some and not so much of one for others.

Whichever your experience, Shine Lawyers Travel and Transport Law Specialist runs through some of the hurdles to be aware and how to combat them. 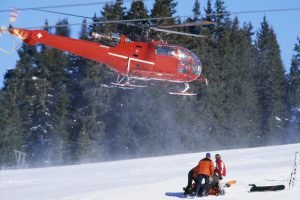 Just a month ago, Australian thrill-seeker Mal Bruce was sky-high; enjoying Japanese slopes in Niseko and having what he labelled “the trip of a lifetime.”

Hours after posting his adulation for the snow-covered city on the 11th of January, Mr Bruce was in for a painful shock.

The 50 year-old from Sydney, was lucky to be alive after racing down Hokkaido Island’s ski run.

Mal Bruce broke six ribs in the front and one in the back, busted his knee, smashed one of his fingers and split his clavicle in two; making local headlines when he reported on the substandard treatment he received at the Japanese hospital that attended to his wounds.

It’s not the first instance of an Australian travelling overseas and meeting an unexpected and devastating end to a hotly anticipated break.

As a Transport Law Solicitor for Shine Lawyers, I have seen more holidays damaged by injury than one could imagine; from severed fingers to third degree burns. Sadly, the amount of variables existing on a holiday, placing people out of their comfort zones and into unfamiliar territory, gives rise to accidents and misadventures.

His story, like many others, reminds us of the importance of travel insurance – but whether or not it’s always necessary is debatable. It’s the added cost to a budget holiday left till the last minute. The $300 that seems to stretch your holiday budget beyond its limits, but the small investment does not always cover you for every eventuality.

What you need to realise is that most travel insurance deals come from companies doing their utmost to maintain profit margins first, and offer assistance second. So, while a deal may look like it offers you a small lottery win in cover, there will be a number of hurdles to overcome before you are able to claim the cover you bought into. 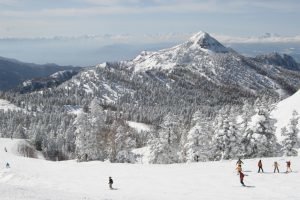 For example, if you are skiing in the Japanese snow-fields, break your leg in two parts and have a doctor check your leg, send you for x-rays, transport you by ambulance and keep you in hospital for observation, it can be difficult to have a documented track of the medical work undertaken at every stage. Unless your doctor is offering you an itemized account of his or her examinations, you may be put through an emotional journey before you’re able to make a claim on it.

The journey that leads you to the hospital may mean you’ve missed a connecting flight, had to cancel a pre-paid hotel booking and lost money on both. While it’s easy to show you paid in advance for those experiences, it is much more difficult to show you didn’t use them.

The claims process is a trying one but not impossible if you’re willing to give up hours going through the motions of pursuing a claim with an insurer; from faxing documentation to pleading your case to travel insurance company call-centres.

Since travel is already a sizeable expense for most people, the piece of mind of knowing you have an option to recover costs for your travel mishaps, may be worth it. What most people don’t know however is that many credit cards carry the added bonus of travel insurance coverage (usually on the proviso that you have paid for your trip from that same card) on their own – meaning often, you are paying for the same thing twice.

While the process of recovering costs from either your credit card policy or travel insurance policy, a large caveat for many people is the fact that most policies will only recover costs of what you have already paid for – prior to your trip. If you are a spontaneous traveller, that can also be a roadblock.

While preparation can occasionally protect and prevent disappointment on your trip, not all eventualities are accounted for. Occasionally, we get carried away with life before a trip and forget to check in with our banks for our credit card cover, or forget to buy insurance altogether.

In such a case, if your trip has come and gone, injury has been an unexpected part of that journey and you think someone else may be liable, it could be worthwhile seeking legal representation to help recover your costs for you.

Travel insurance can be both a blessing and a burden but recovering those costs, doesn’t have to be a load you carry alone.